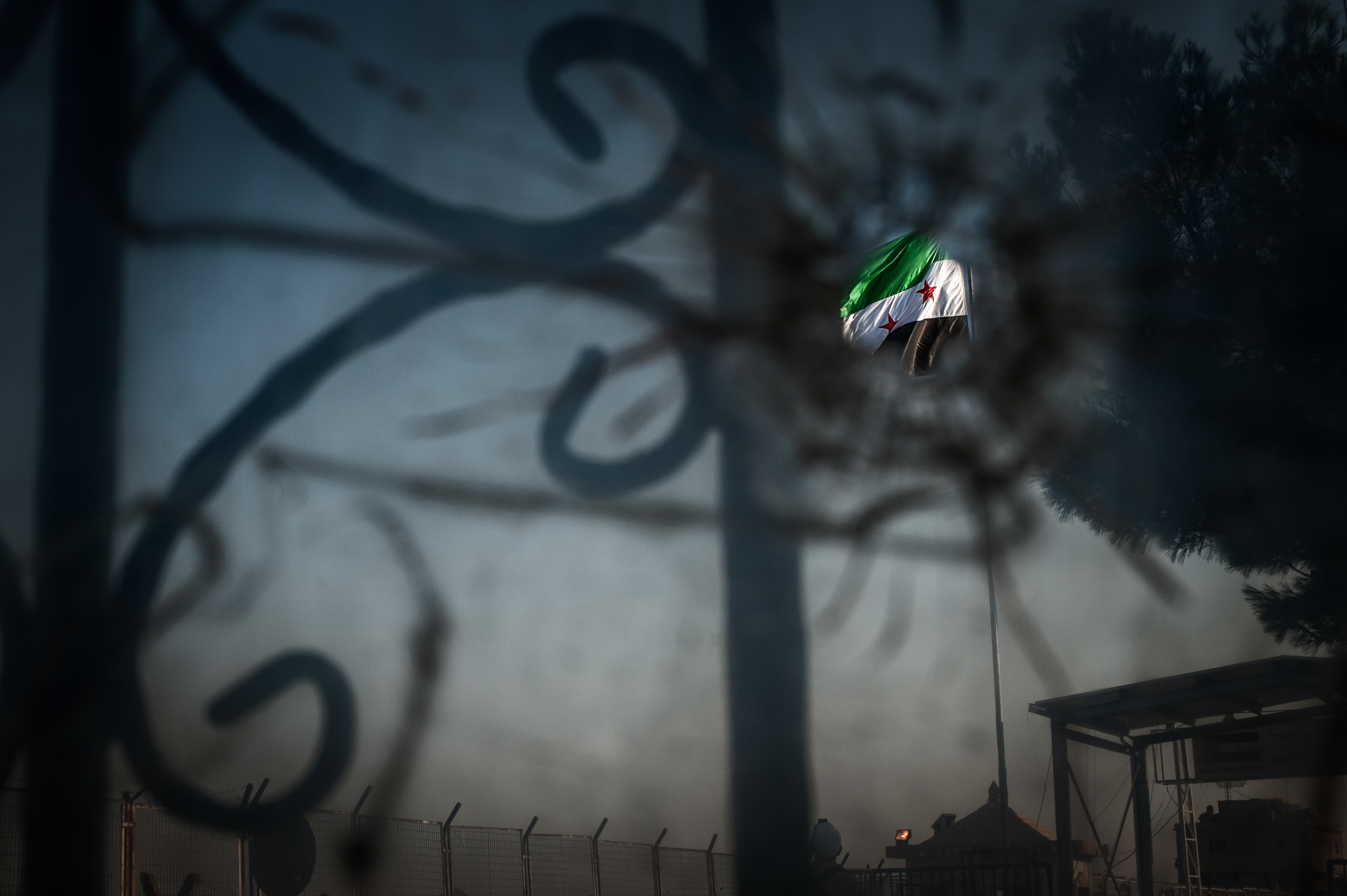 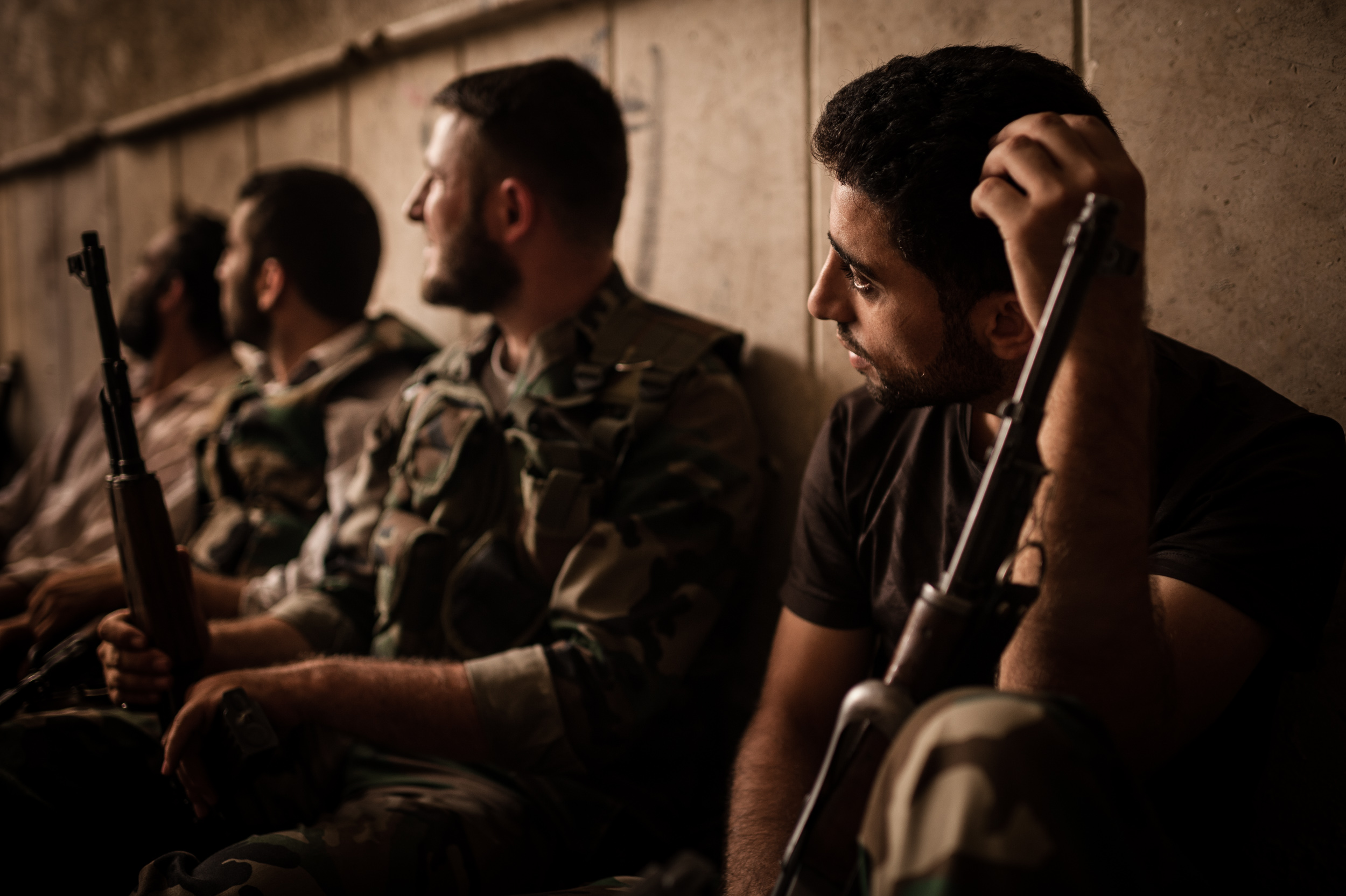 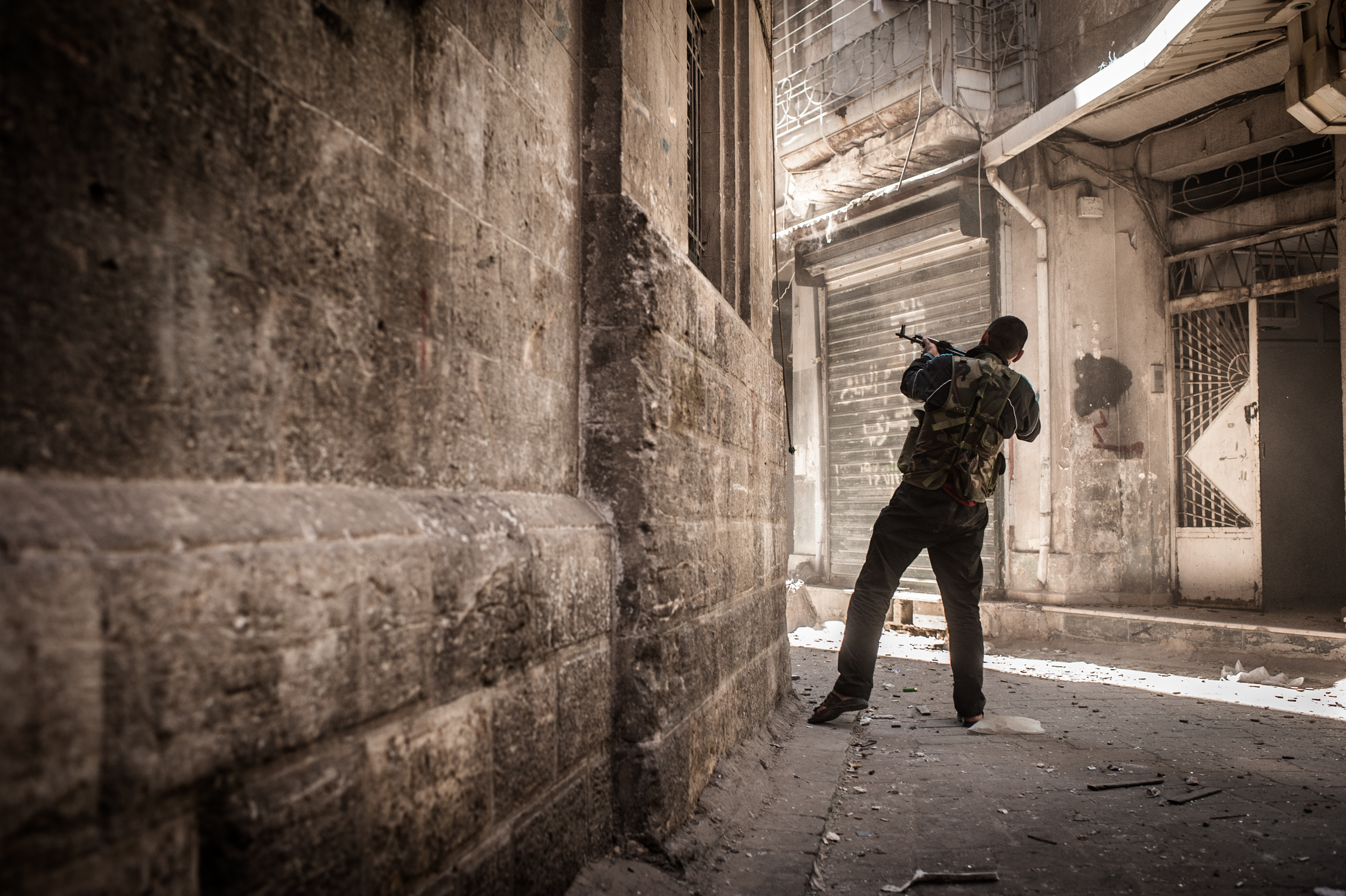 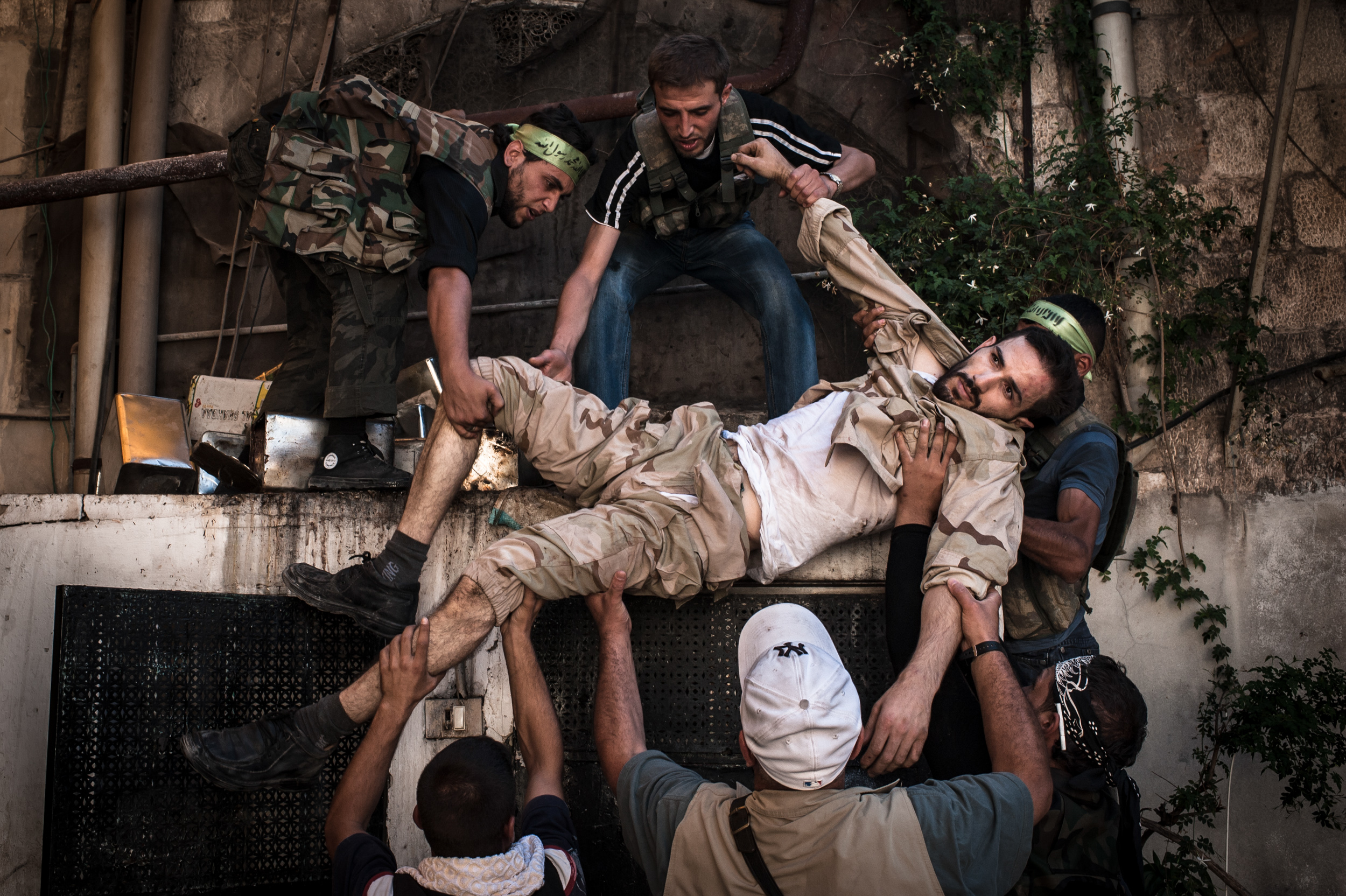 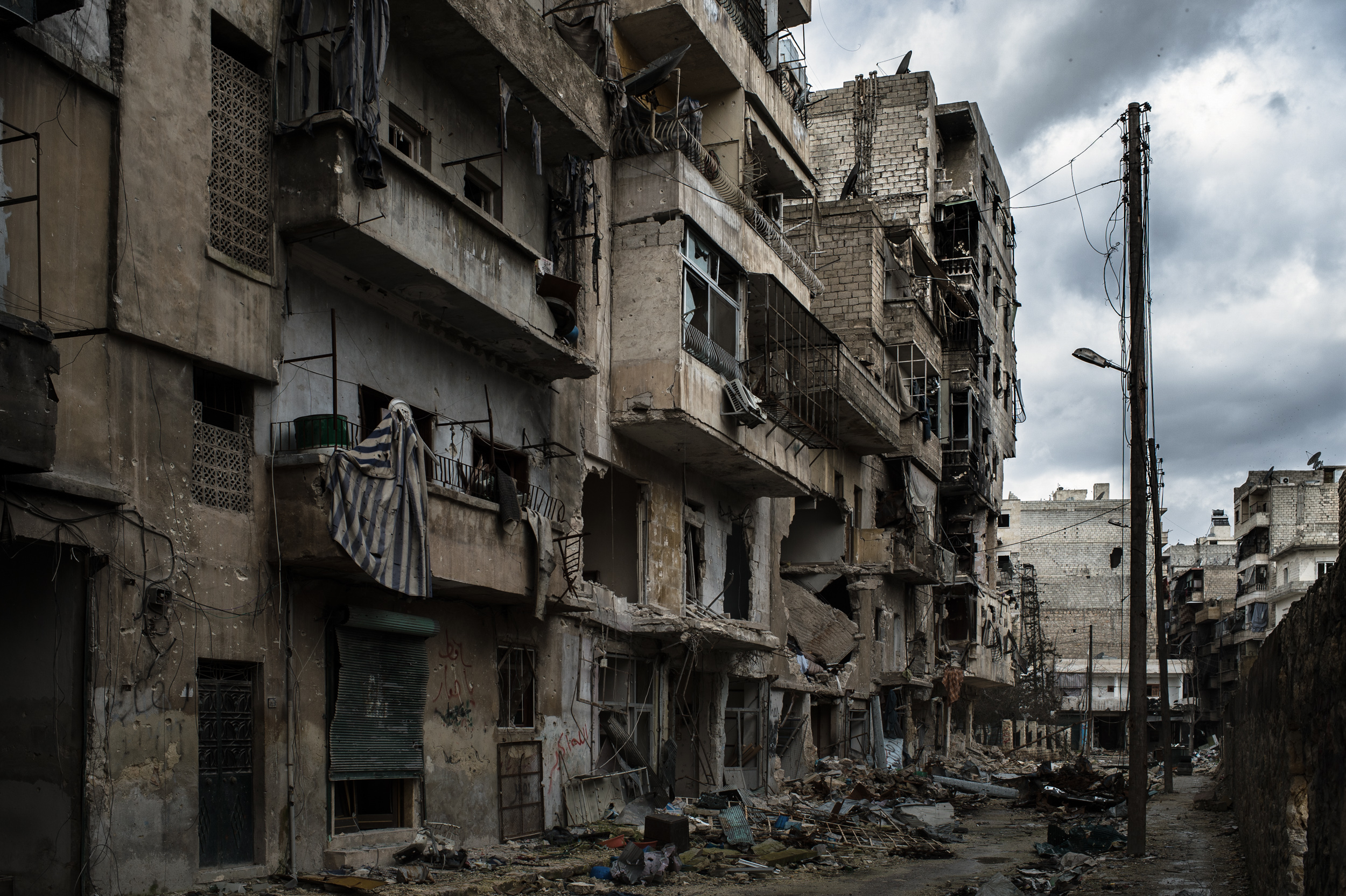 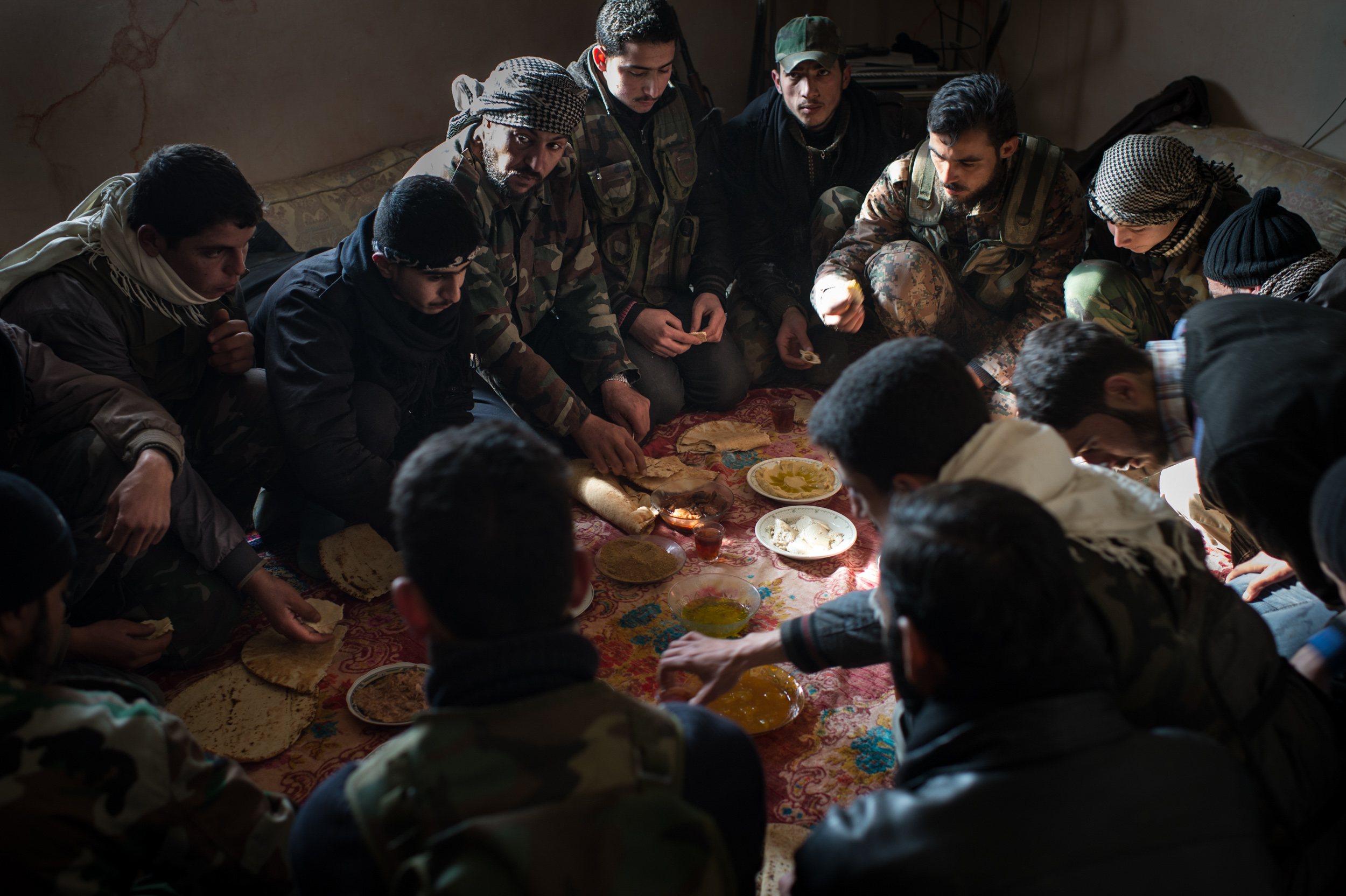 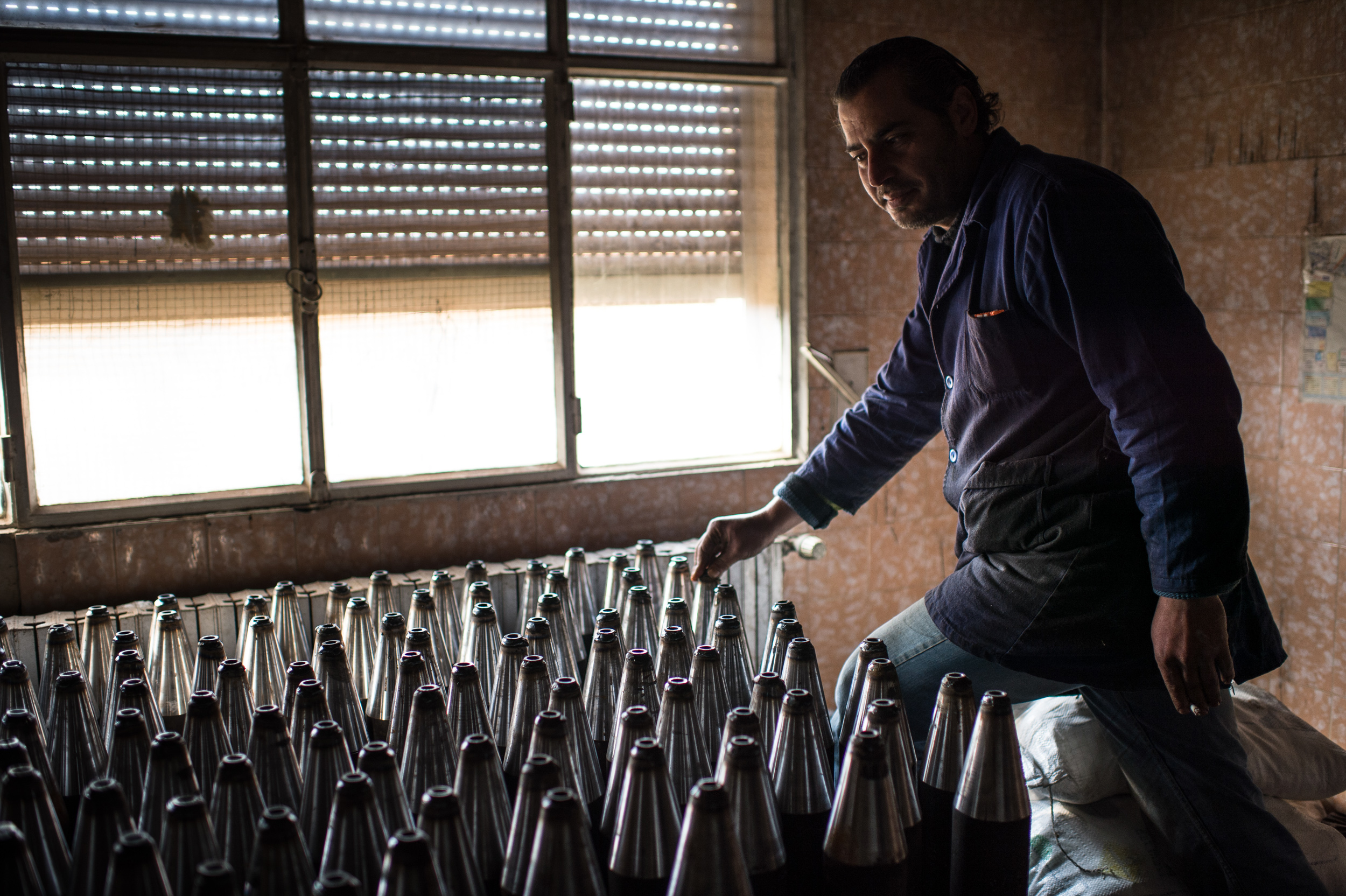 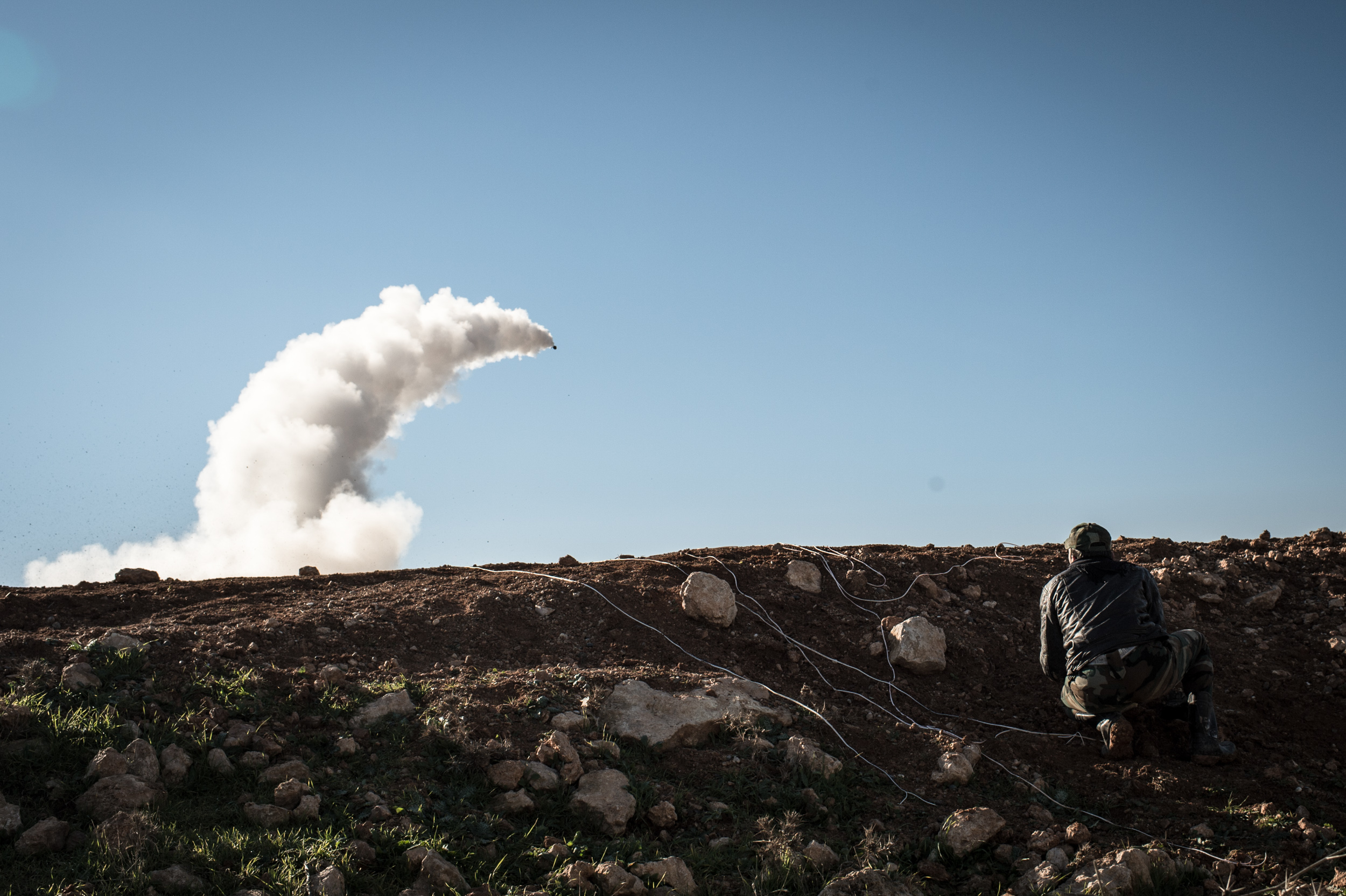 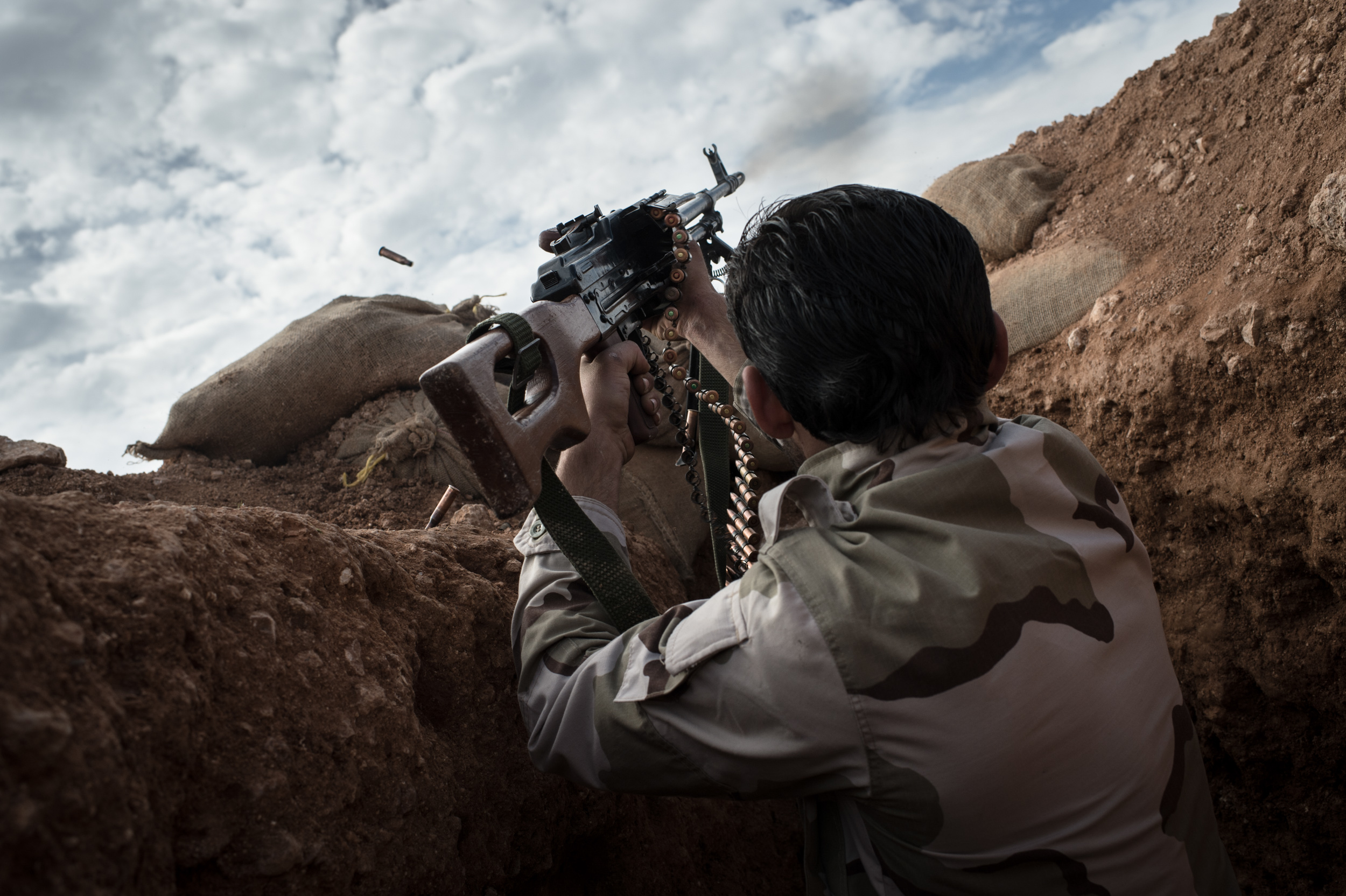 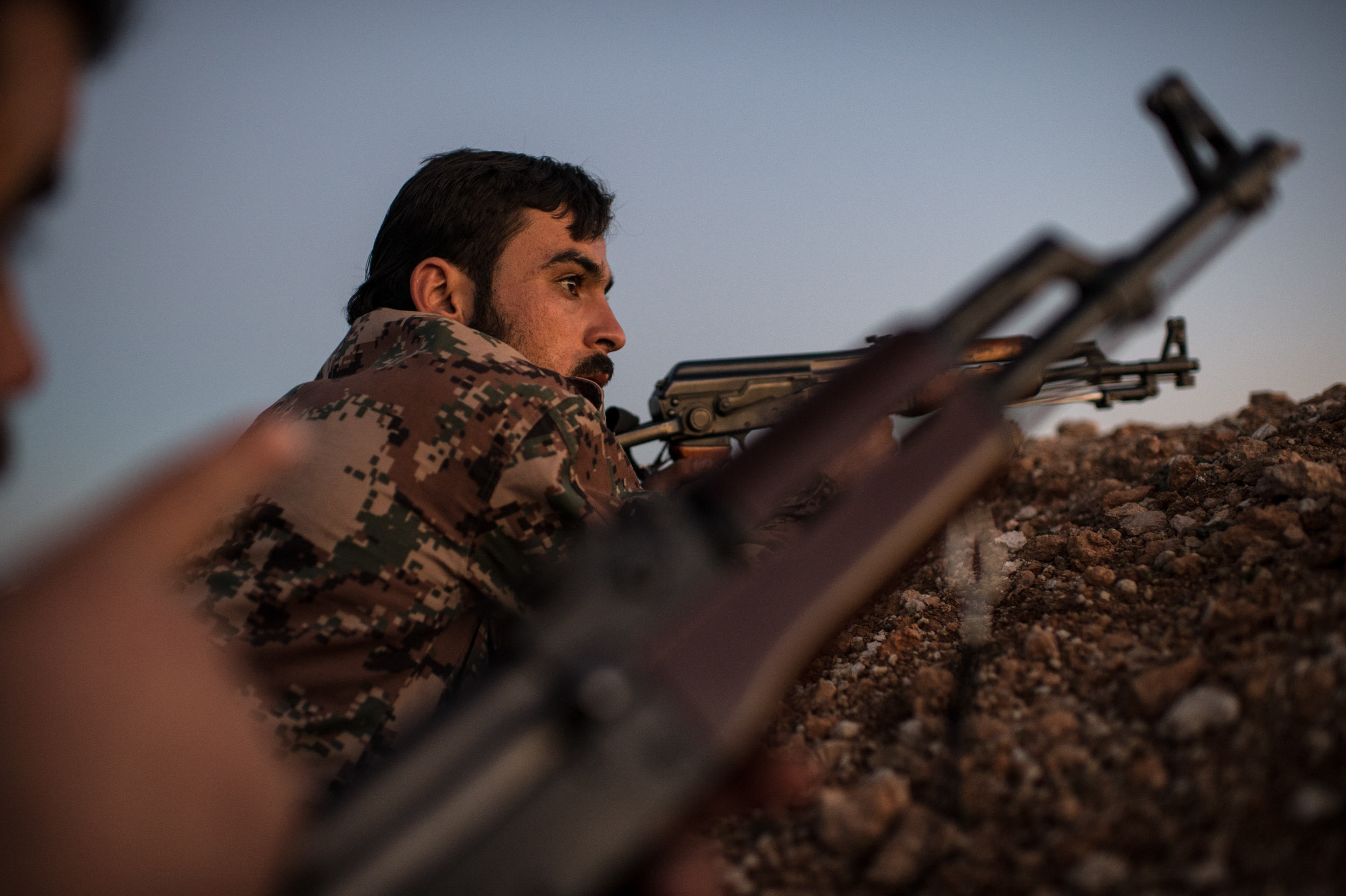 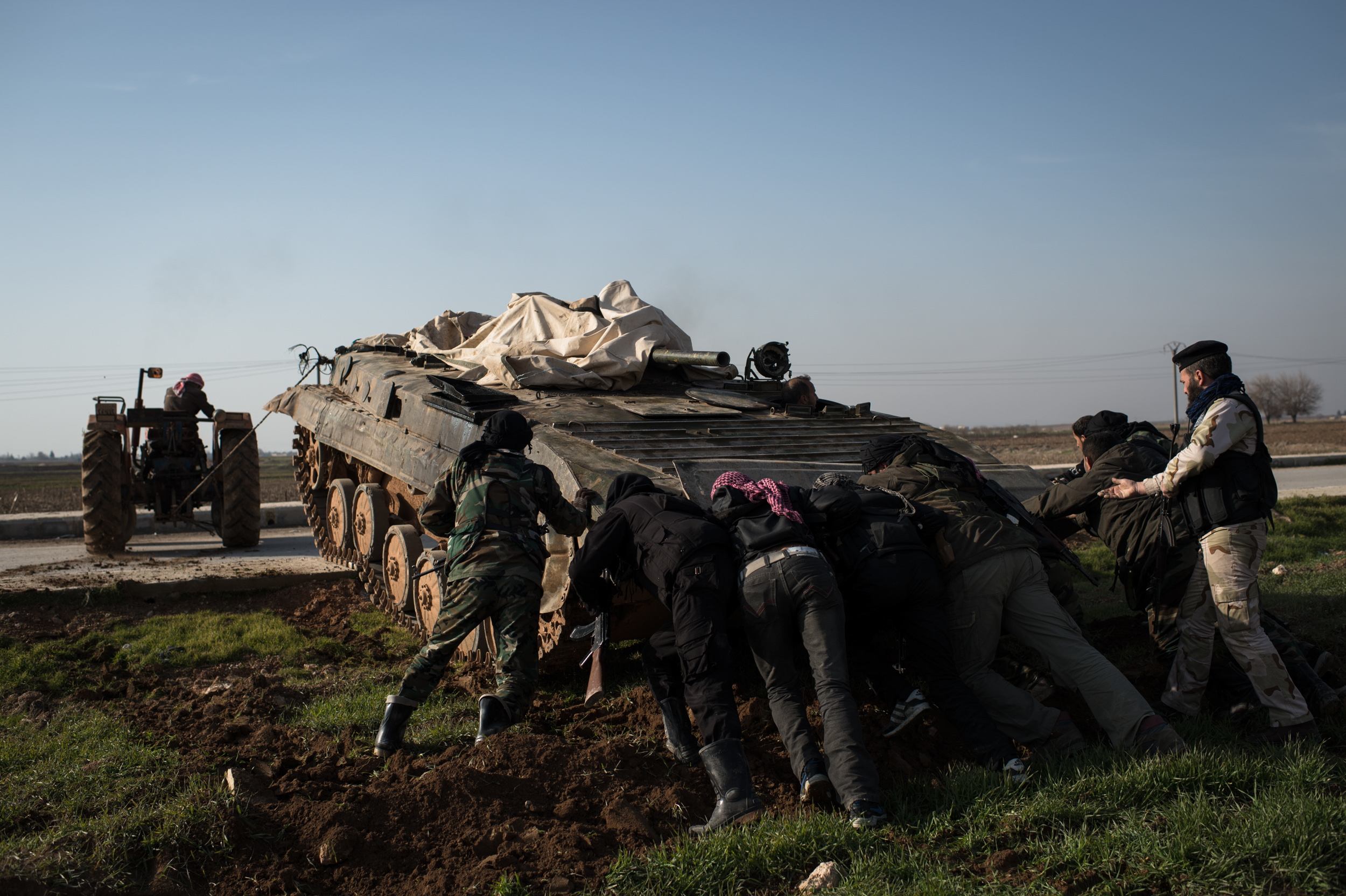 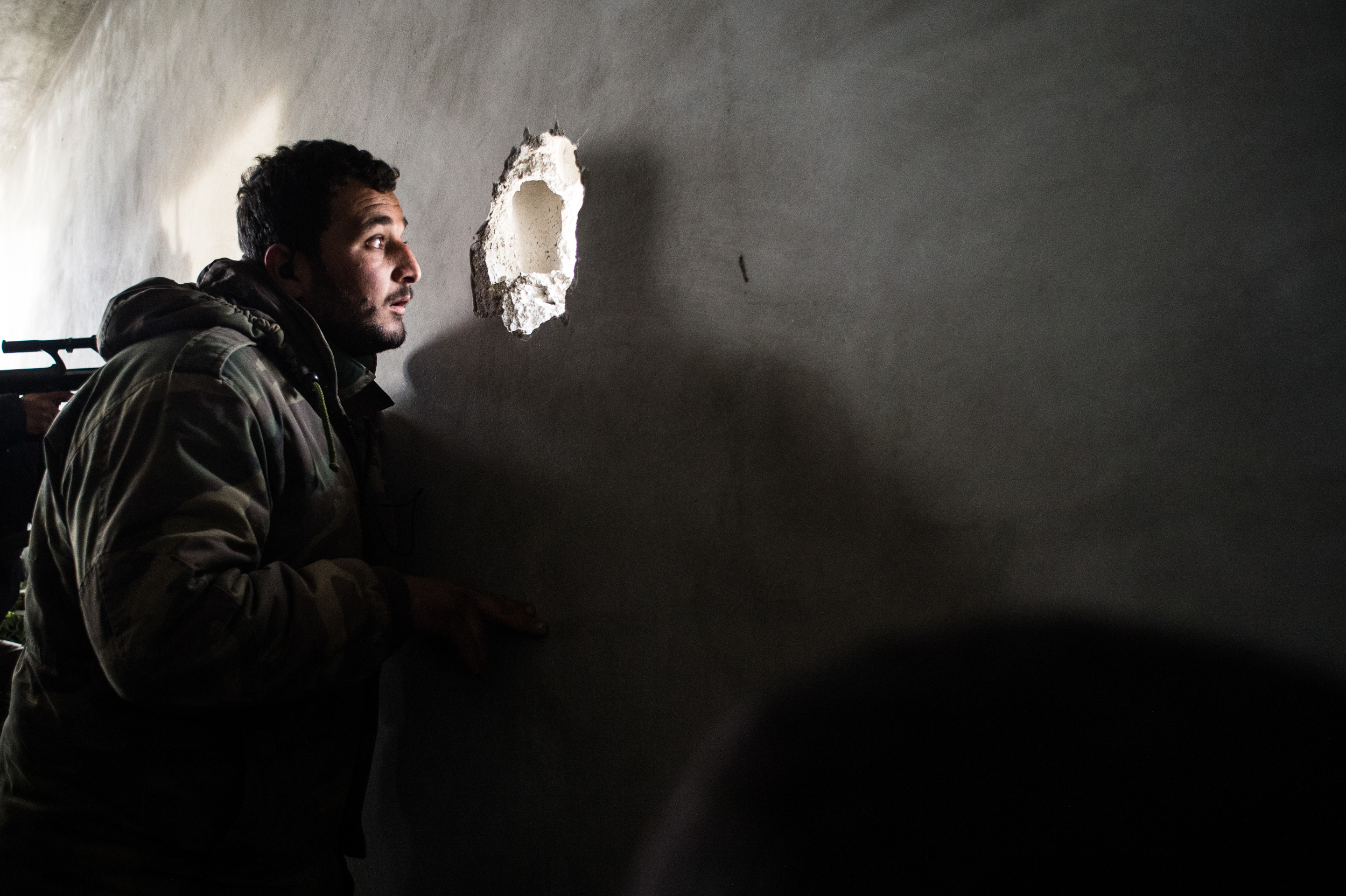 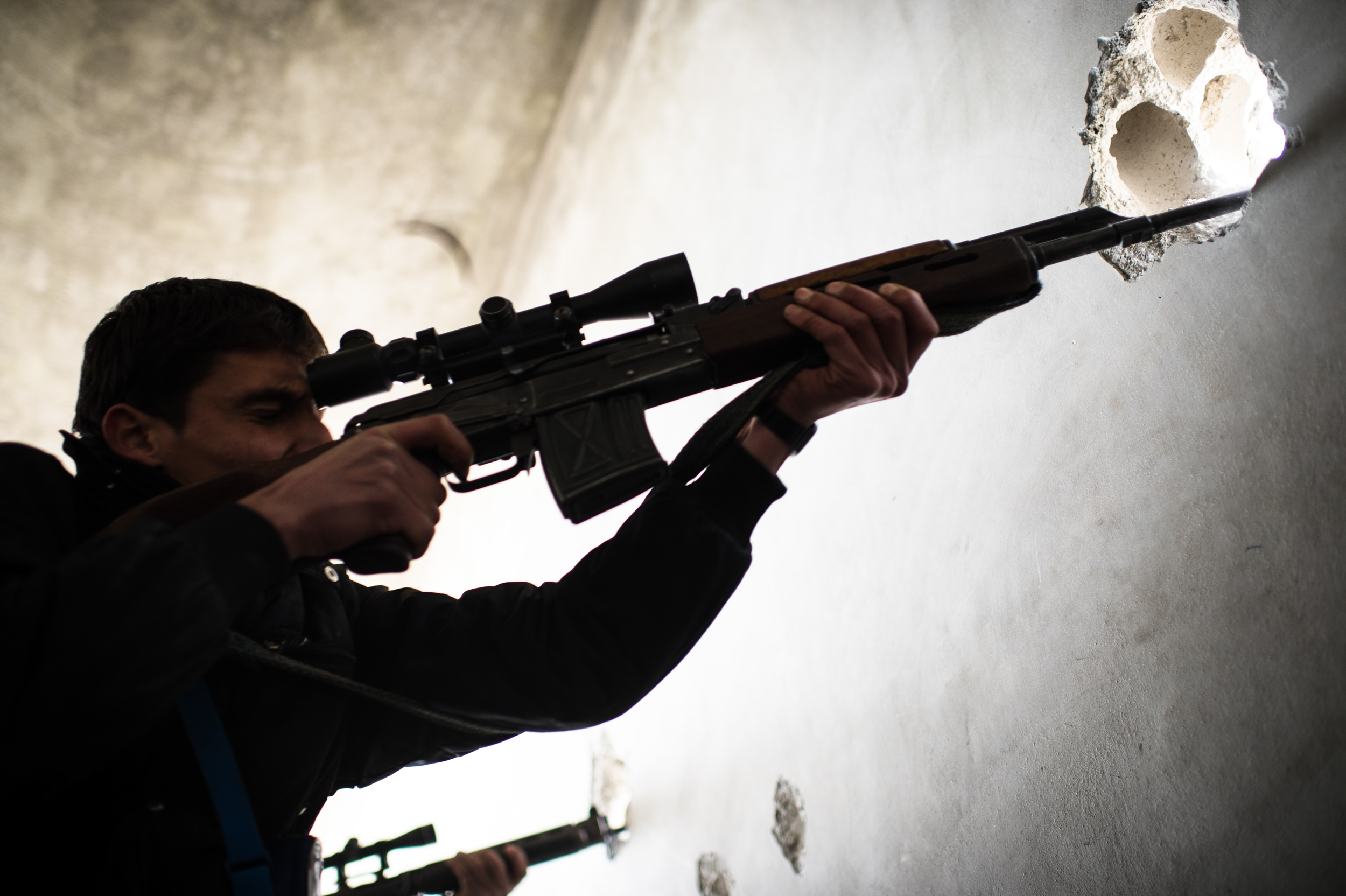 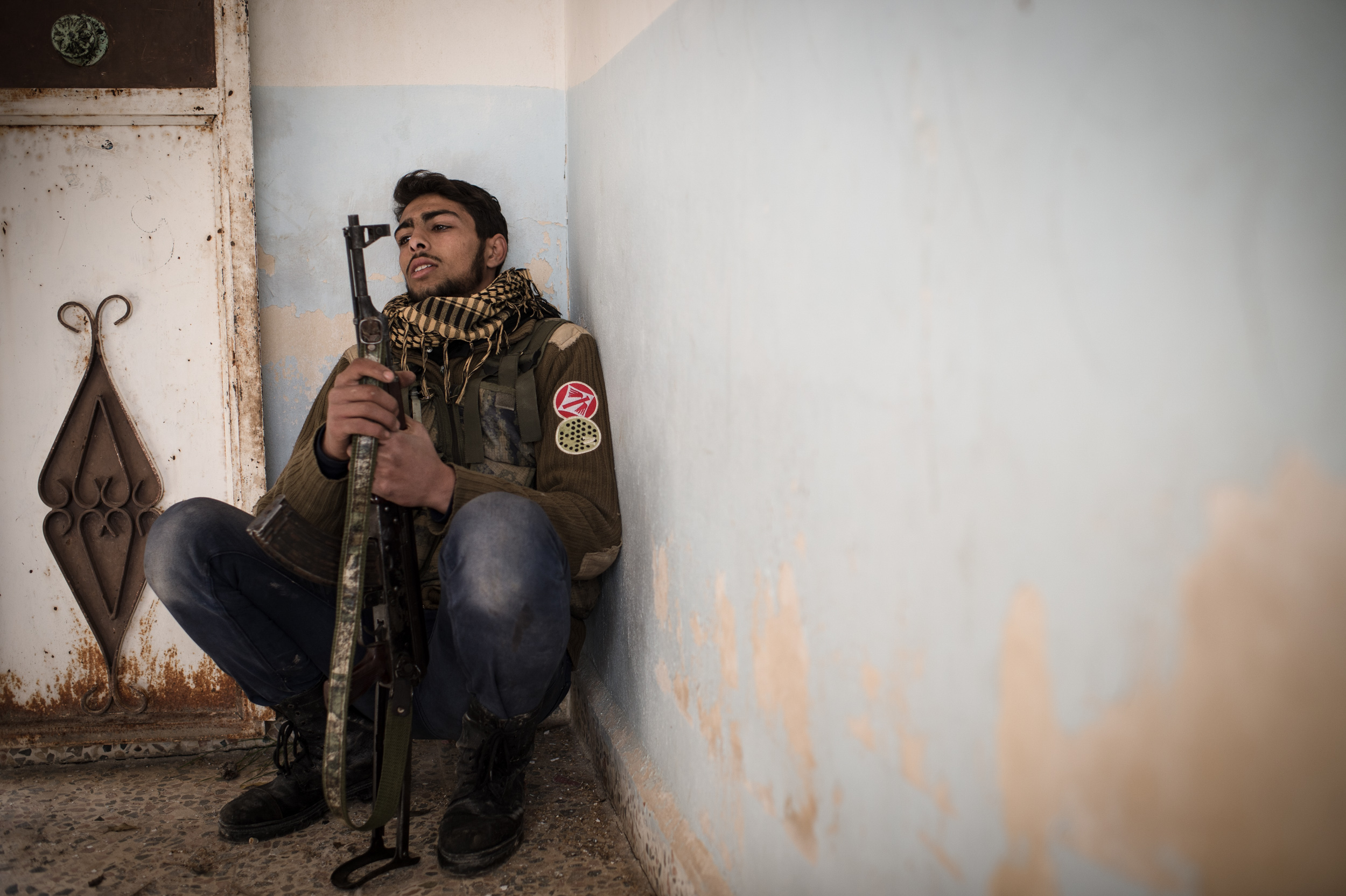 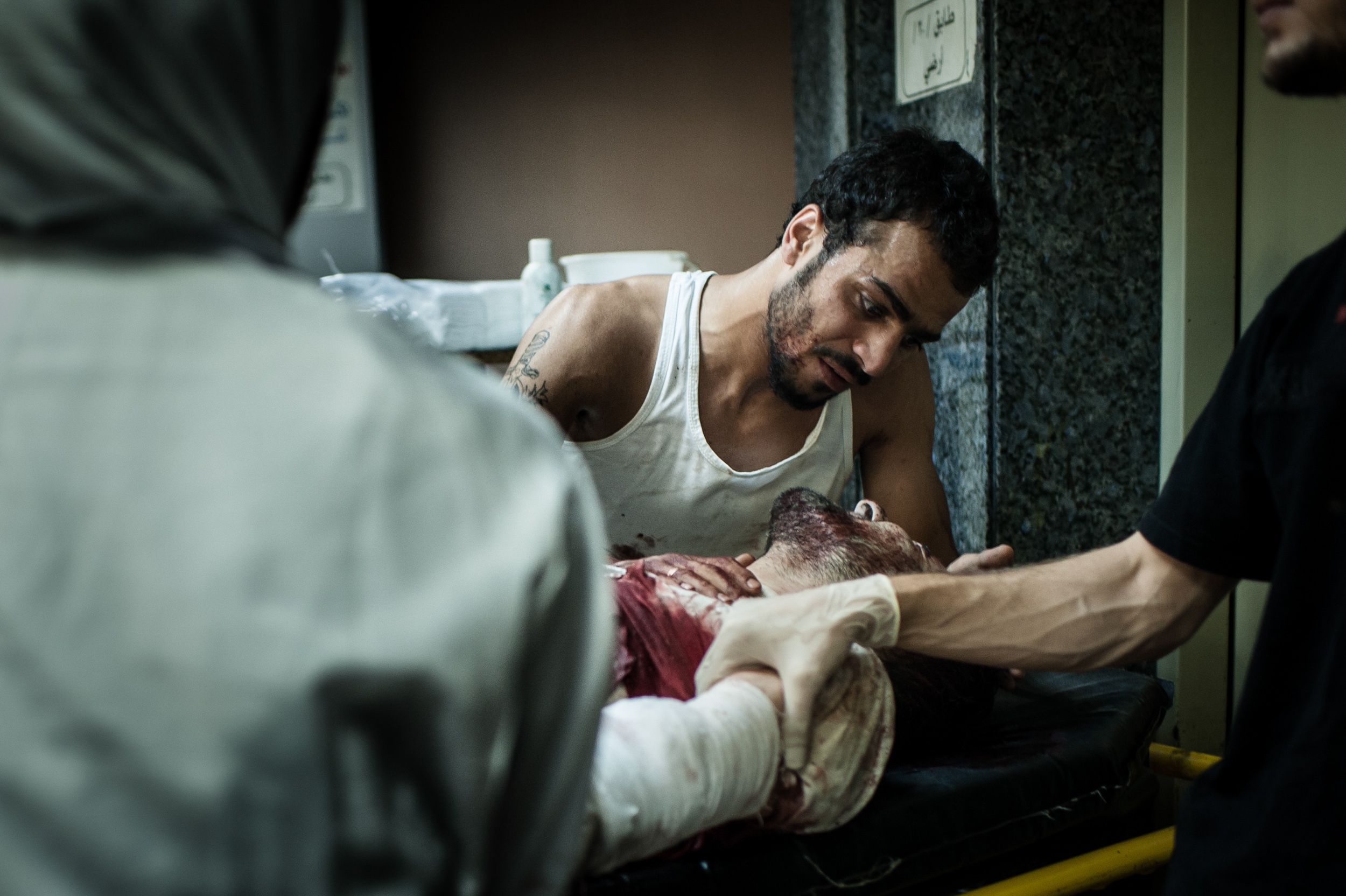 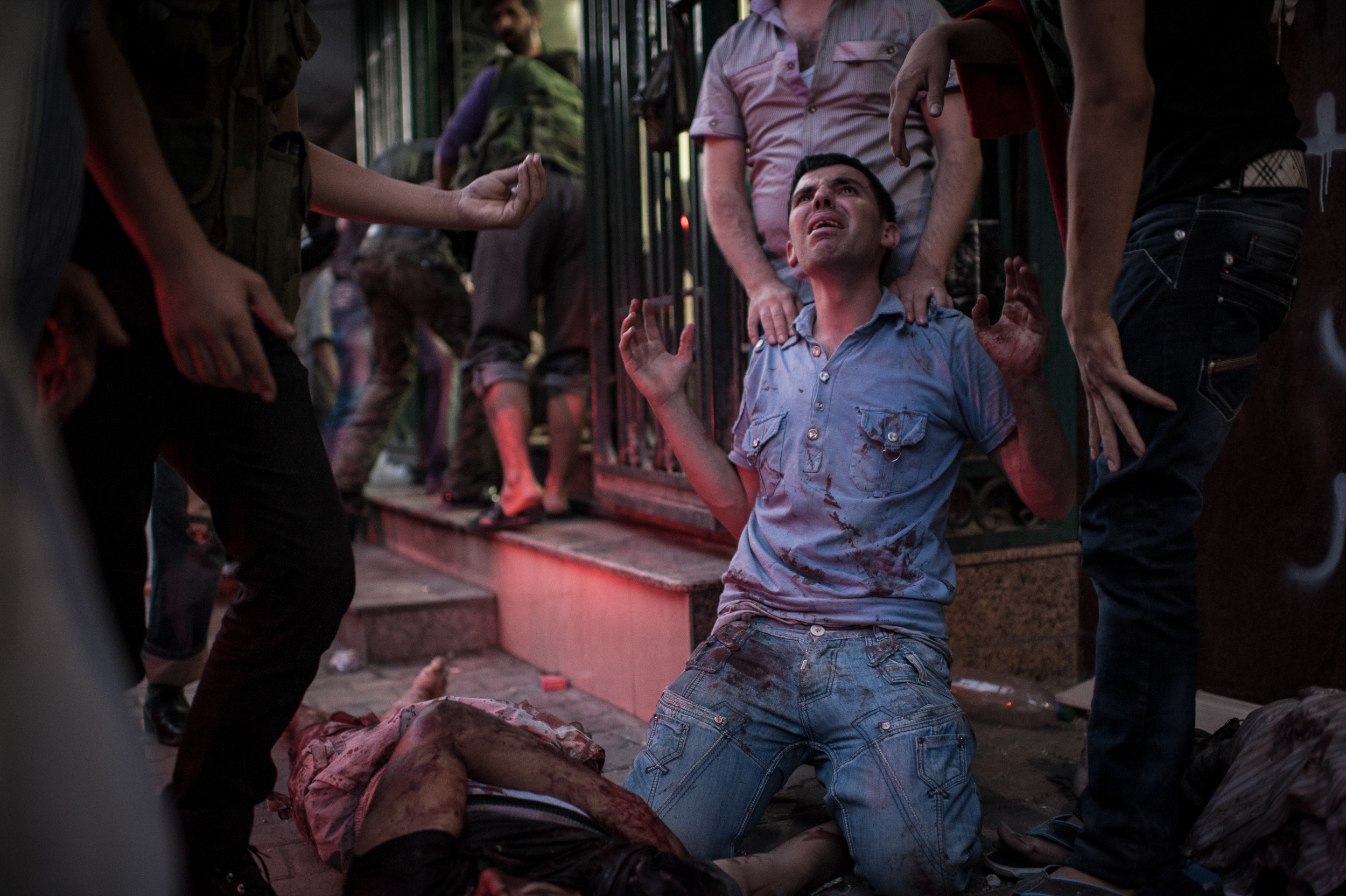 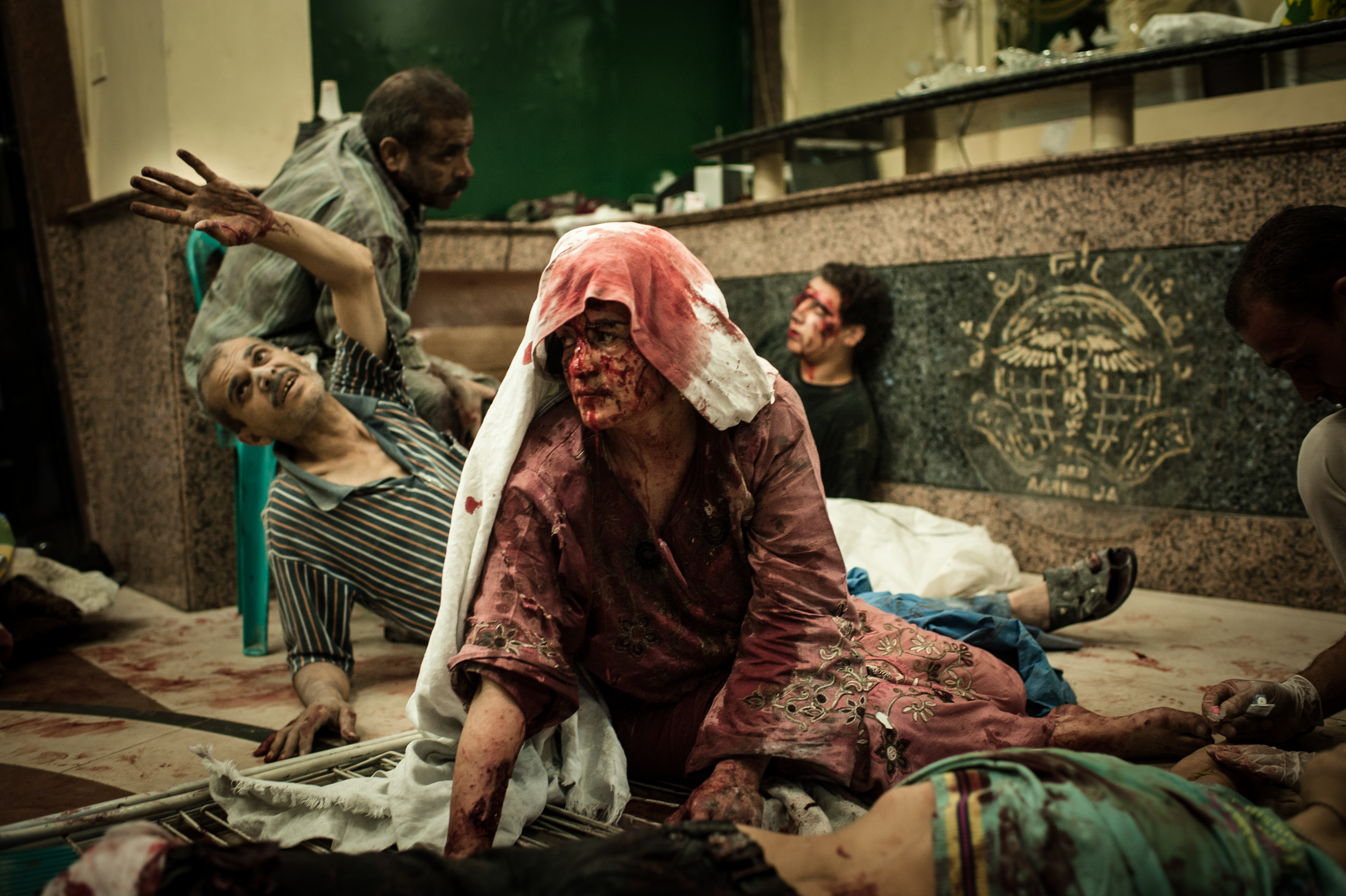 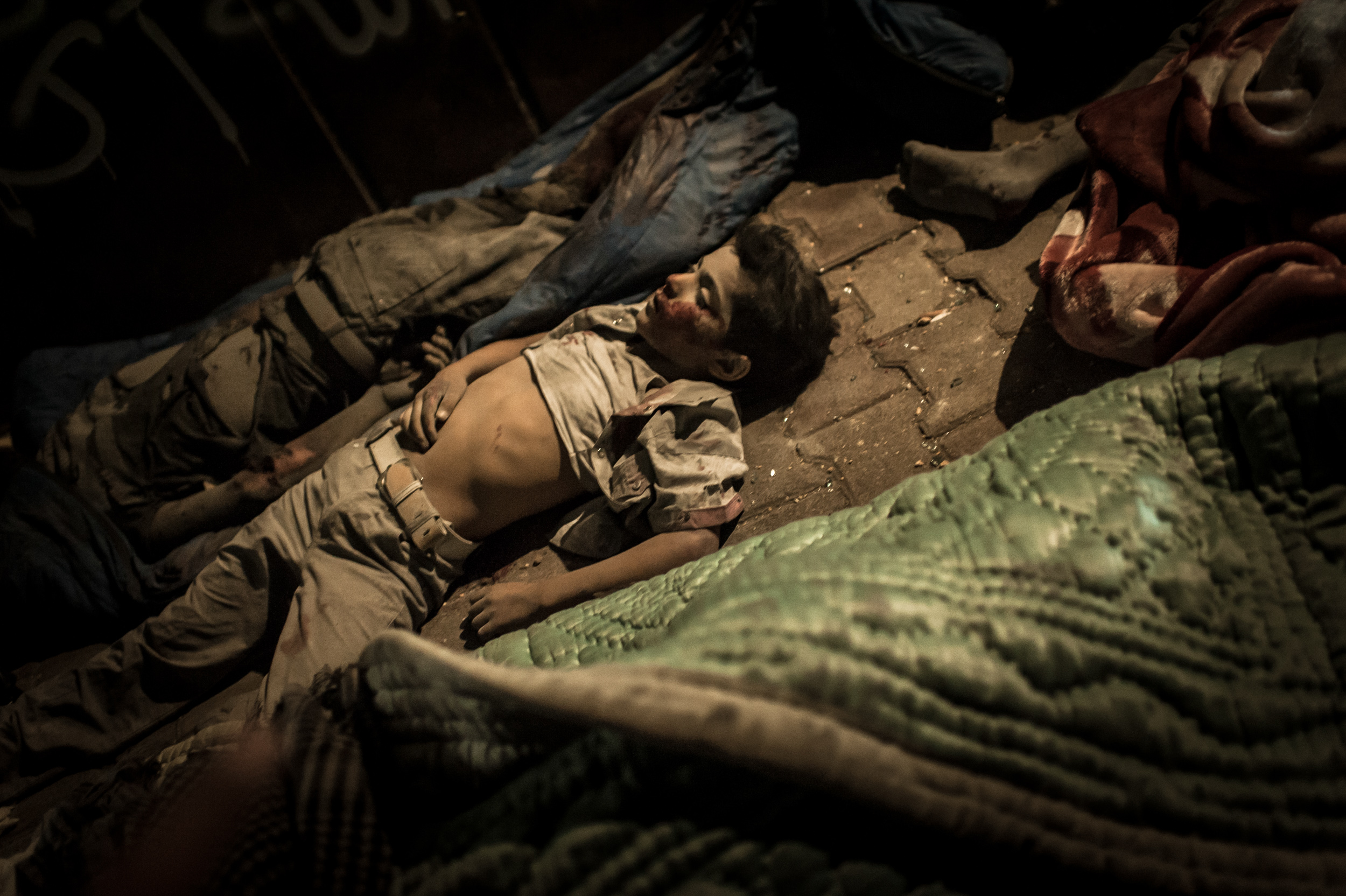 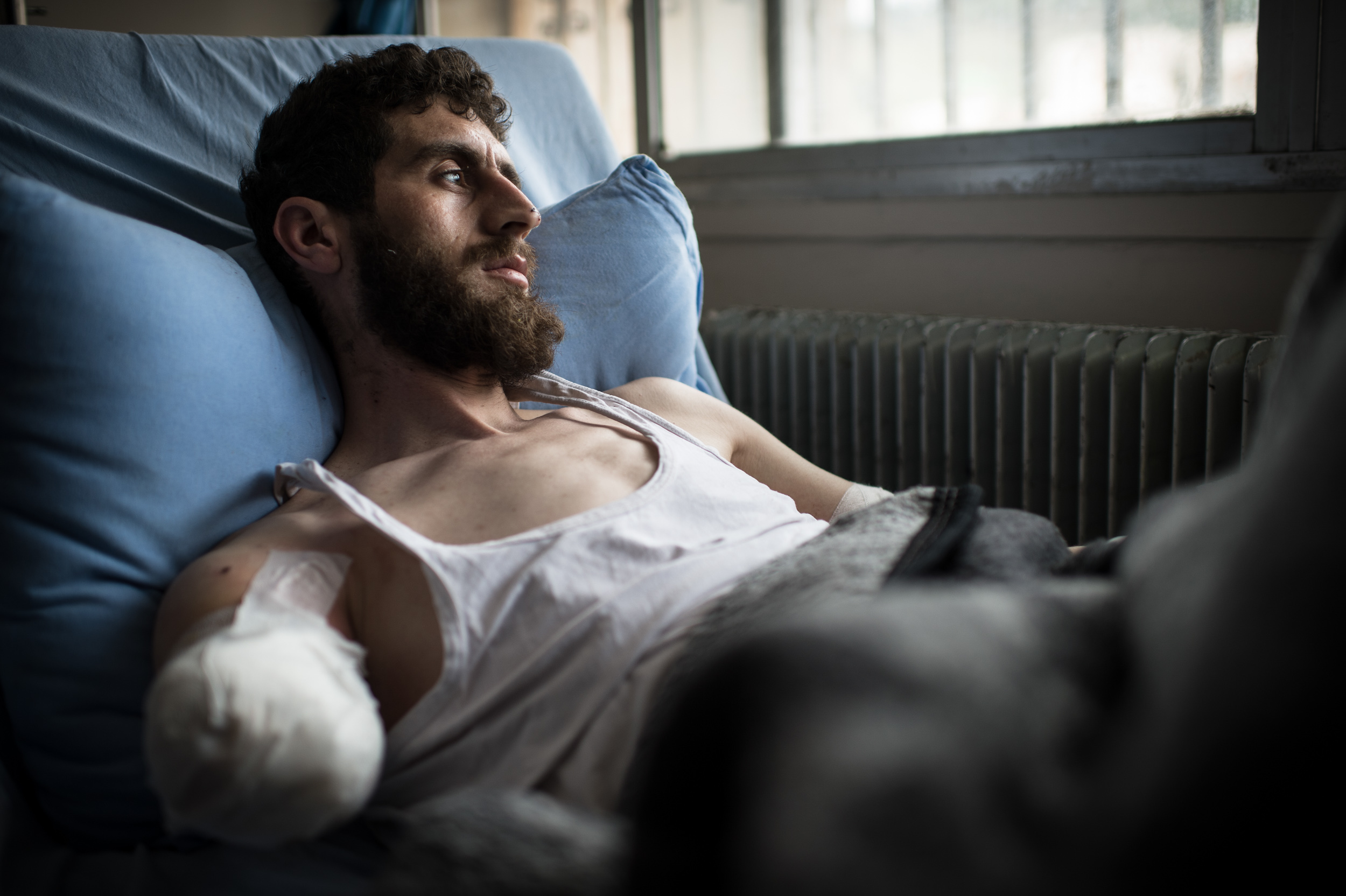 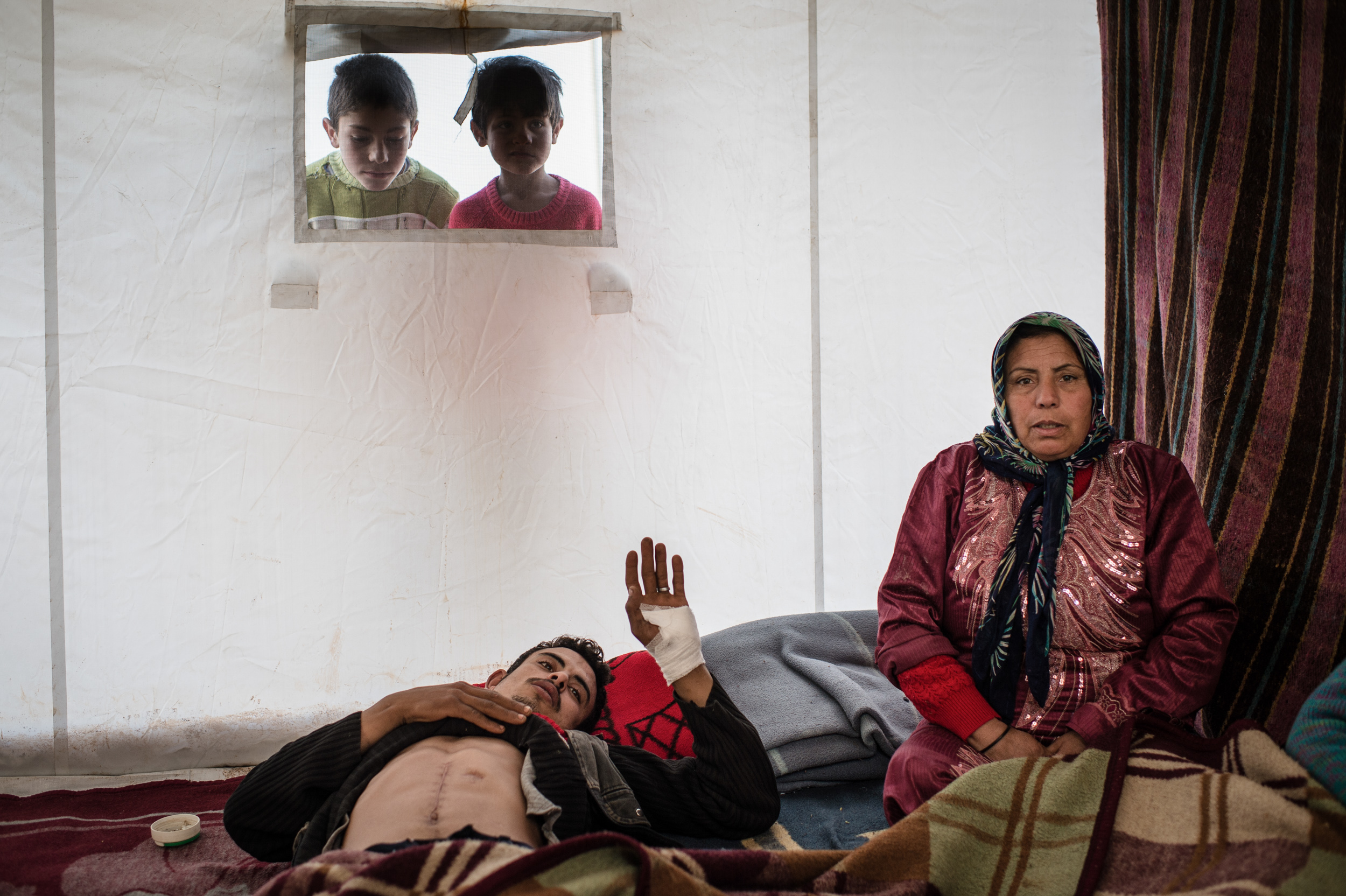 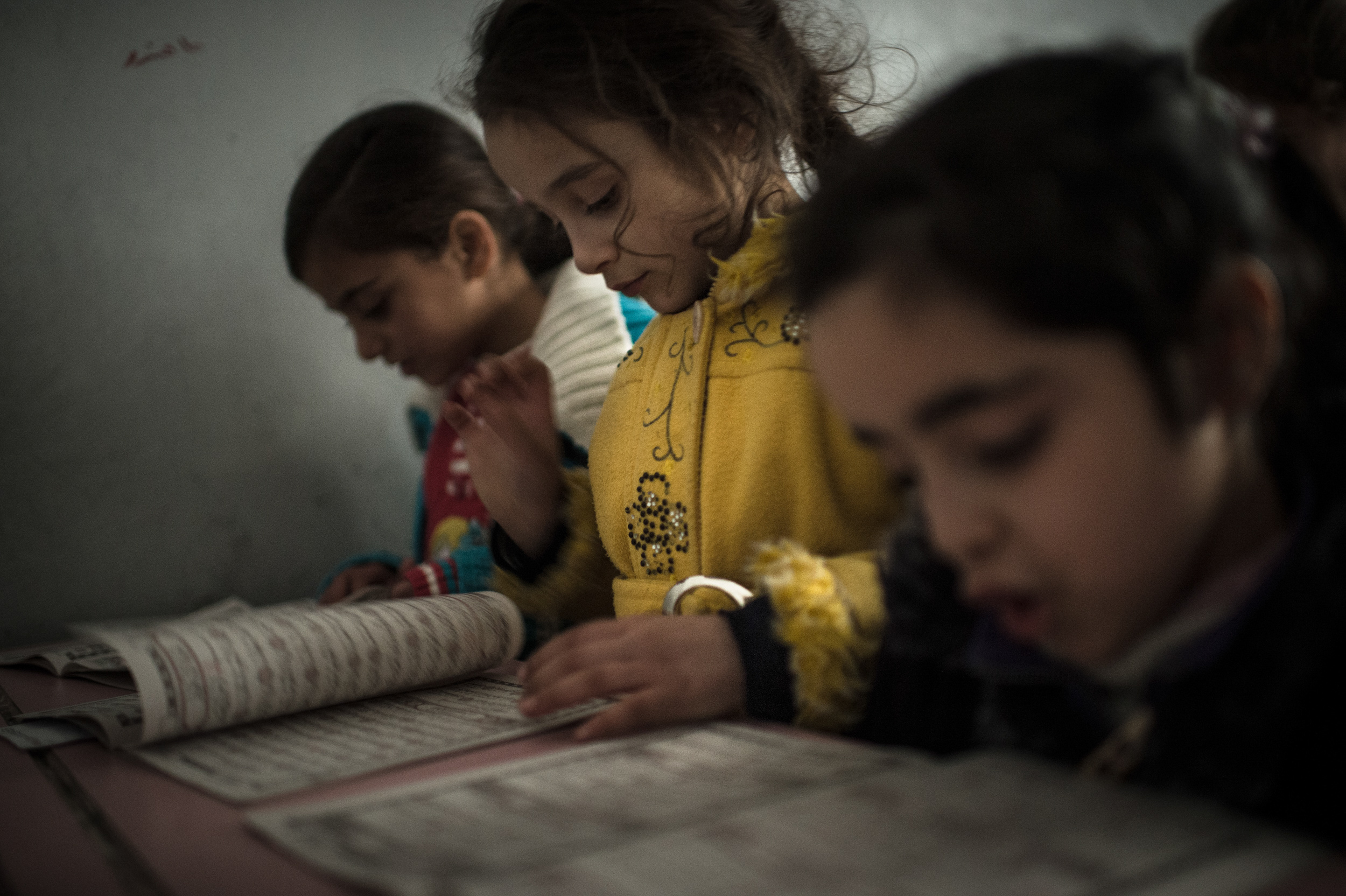 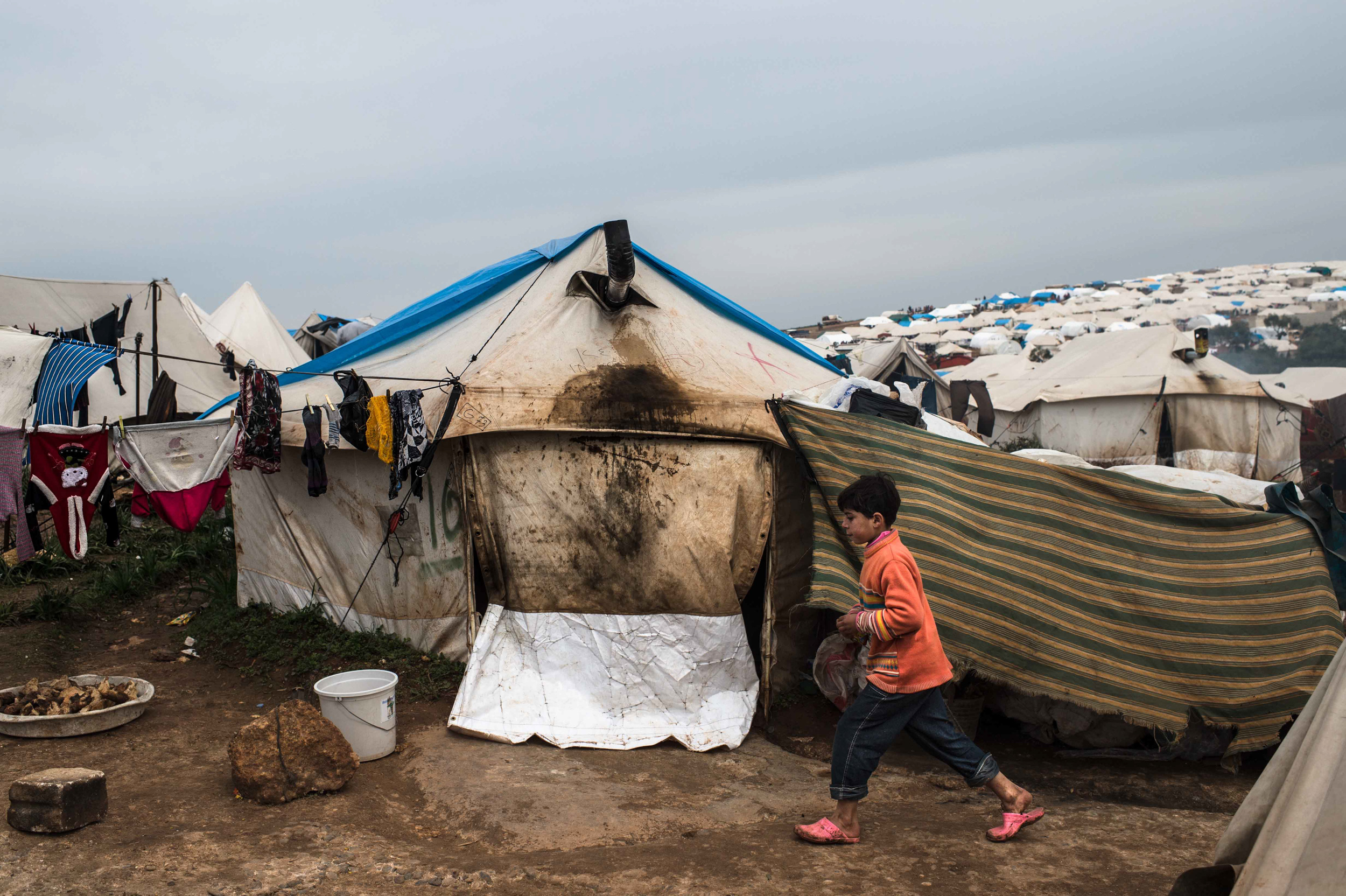 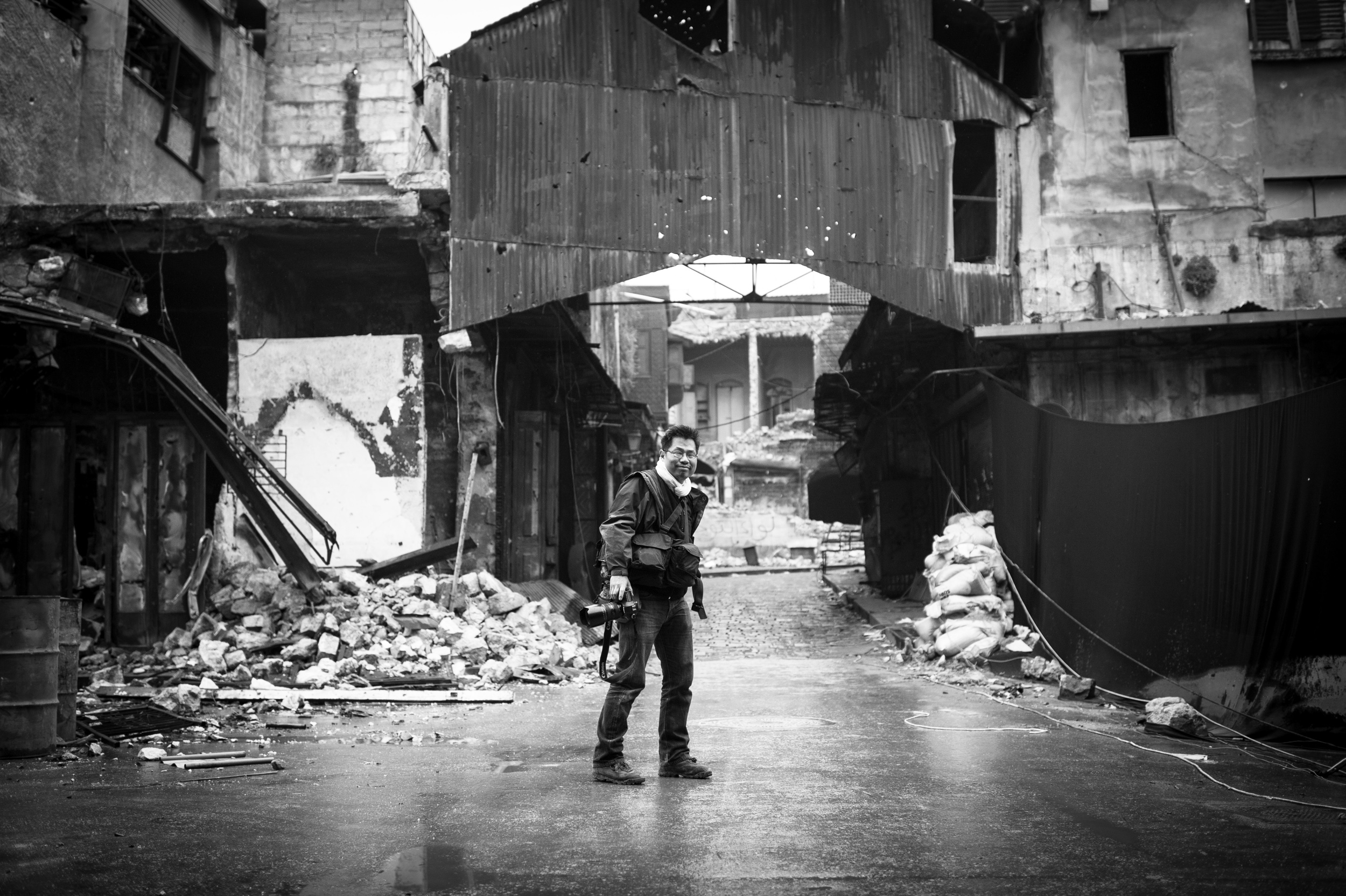 The Syrian Revolution begins in 2011, following on what was called the Arab Spring by demonstrations against Bachar El Assad’s bassist regime. Protests will be repressed by using bloody method, engendering a revolutionary armed movement supported by the main Sunni protagonists in the region. Summer 2012. The rebels fighting against the regime of Bashar el Assad are progressing in the streets of Aleppo. Civilians try to escape or to protect themselves from the bombings. Human cost is heavy, both for combatants and for populations.

Winter 2013, The war in Syria bogged down. The rebel offensive in the city of Aleppo will not reach the conquest targets of the city, then moving the conflict to Damascus, the capital. The cold paralyzing the area, makes life difficult in Syria. Refugees try to make their lives less difficult by setting up camps at the border. The olive trees, symbol of the northern region, are cut for wood. Some schools open, so as not to leave civilian children without education.

At the same time, the rebels continue their actions against government forces. The explosives are recovered, the abandoned vehicles are repaired. The resourcefulness makes it possible to recycle everything that could serve the war effort. In the east of the city of Al-Bab ( The Gate ) , the Syrian rebels are targeting the Kweriss air base. Its importance is strategic, helicopters support the Aleppo forces and a large stock of ammunition is stored there. The struggles to conquer the base are rough, each centimeter hard-earned.